It’s a Friday in January and my mouth is running rampant. She came, she asked, and I don’t lie.

I know that people hate the truth, and the truth hurts (me the most–sometimes I think this), but she wanted the truth, and had twenty different ways for us to share it with her, most of them anonymous.

But I said what I thought. What we all think. What needs changing. What already works. I had evidence and examples, just like I always tell my students to write in their ACEITCEIT paragraphs. And I splayed my soul in front of God and everyone–I got a 3 (7 is the best), and Nick was as honest as could be when he spoke to me, and said, ‘I sat in my garage for three hours last night in turmoil over this’–and that humanization of the score meant more to me than anything else. That humanization–that’s what teachers want.

And do you know what they said (of course)? You let him give you a 3?

As if they hadn’t heard the whole conversation. As if it weren’t enough, the admittance, the heart on sleeve, the truth.

The, Why can’t you be a little more honest?

On with my day. Two more classes in the afternoon. Coming in a bit tired and a bit disgruntled about the first standardized test of the semester they took yesterday, but still willing to work for me. To discuss and argue about the validity of the Universal Declaration of Human Rights and try to decide which one they thought was most important, and write a paragraph about it (ACEIT today, just ACEIT).

If I’d known sophomore year was going to be all about paragraphs… one begins, unable to finish as she shakes her hands between sentences. But look at the progress you have made! I begin, but am interrupted by knock at the door number four for period five, with a para and a stack of papers three feet thick. Oh my God, what have I done? I start to ask, but cut myself off when I realize it’s the first four chapters of I Am Malala, copied times 160, because we still don’t have the books on our tablets.

You just saved my life, I whisper, and pile the pile on the desks.

Then, just after I thought my day was done after my sixth period valiantly pointed out a grammatical error on my sentence stem (Have you ever had an HONORS ELD course?? You should try it some time. Come by any day at 1:11), I remembered my ultimate task: covering the severe needs special education class. Seventh period. On Friday.

There is no amount of money in the world that could be a fair salary for what these women do every day. With needs that range from nonverbal to highly functioning, students who are obsessed with either Play-Doh or making sure my watch is exposed from under my long-sleeved shirt, to vacuuming relentlessly and walking around only on knees, to the computer dying mid-class and the wheelchair-bound girls moaning in distress, to the speech-language-pathologist teaching the alphabet to one girl for fifty minute straight, there. Is. No. Fair. Salary.

Before I left, I saw a man who I visited last summer during one of our home visits. He was chain smoking and playing violent video games in the projects, his tiny apartment nothing but white windowless walls. He was kind and adept, and described his rather difficult job of trying to keep severely autistic teenage boys from harming others. I suggested he apply at our school since his daughter would be attending there. You have a severe needs program there? I didn’t even know! Today I saw him for the first time, and we fist-bumped. You’re the reason I even have this job, he told me.

Best moment of my day.

Or, the walk. Yes, I got in a walk after all that honesty and writing and chaos. Around the park with the little dog we’re watching. And the winter light sparkled just so on those geese, perfect silhouettes against the season. 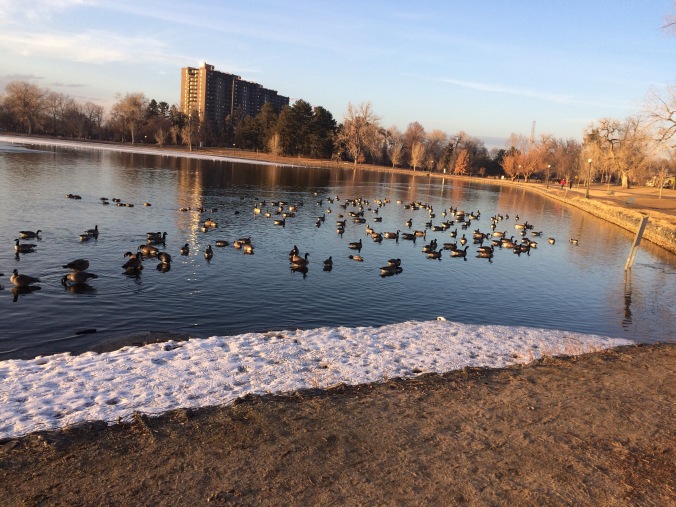 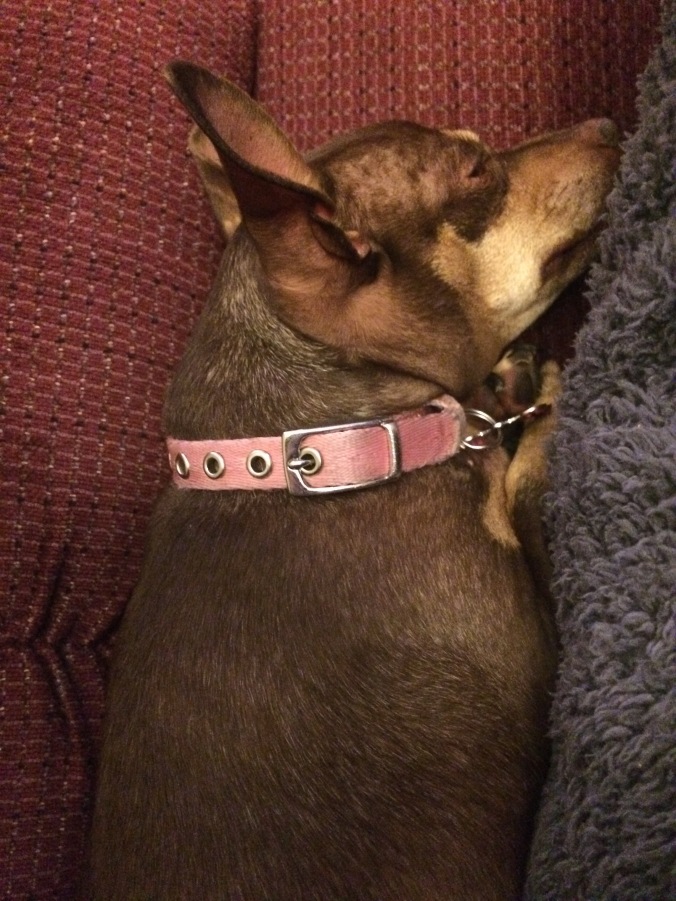 These moments allowed to me before Izzy entered the car and spilled the entire sex ed story, provided by none other than Planned Parenthood and a literal wooden penis named Woody. Yes, they demonstrated how to put the condom on Woody. Yes, “Becca” taught them how to insert a female condom using only her fingers. Yes, they passed around an IUD and pressed it against their skin so everyone in the class could see what it felt like. Yes, the main way to prevent pregnancy is abstinence.

Yes, we live in Denver now, where it’s as liberal as it gets, apparently.

No, this is not the sex ed you remember.

I wonder why my almost-fourteen-year-old thinks nothing about telling me the whole sex ed story? Could it be that she’s my too-honest daughter?

No matter. We made it home and I made dinner. Or rather, I stuck some chicken and potatoes in the oven and called it dinner while I searched for ski condos in Crested Butte. (More than an hour later…) Dinner’s ready!!! Condo is booked!! Friday is done!!!

It’s a Friday in January, and my mouth is running rampant. But at least I’m being honest about it.