So it’s Friday, July 13. Six years ago today, also a Friday the 13th, the Spanish government called me and told me that the entire program I’d been accepted into, with a 12-month contract and good pay, had been canceled, and I was left without a job, $5000 in already-spent expenses, a house, or a hope.

When, a week later, they offered a much shittier deal that paid nearly nothing for only eight months, we went anyway.

Our girls survived a year of Spanish school, and I survived trying to set up everything—house, phone, extra tutoring jobs to make ends meet—in my weak second language.

When we visited Sevilla halfway through the year, I STILL hadn’t been paid a penny by the Murcian government, Riona fell in a duck pond, and an ATM swallowed my debit card after the Portuguese police scammed me with a 300€ speeding ticket.

It’s Friday the 13th of July. Today, yesterday, tomorrow, whatever the future might bring, we had luck. We saw the magnificent Alcázar Real. We splurged on the carriage ride through the city—near, but not too near—all the duck ponds. We ate duck confit for lunch to celebrate.

And we made our Spanish dreams come true. Then and now. 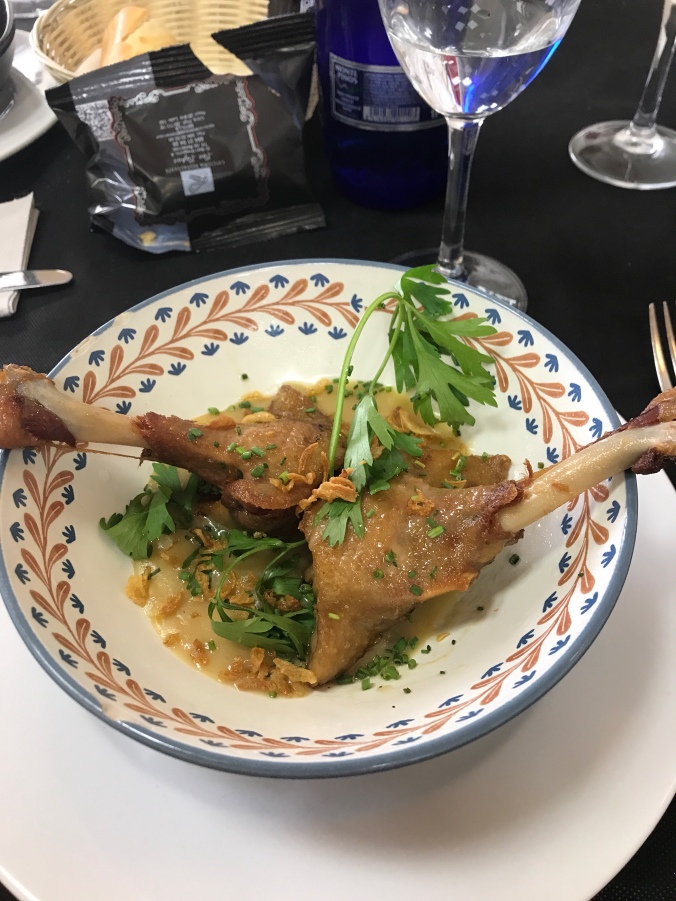 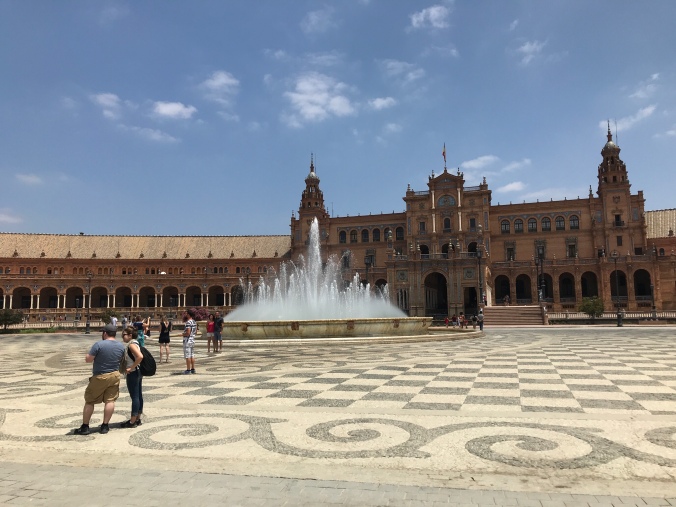 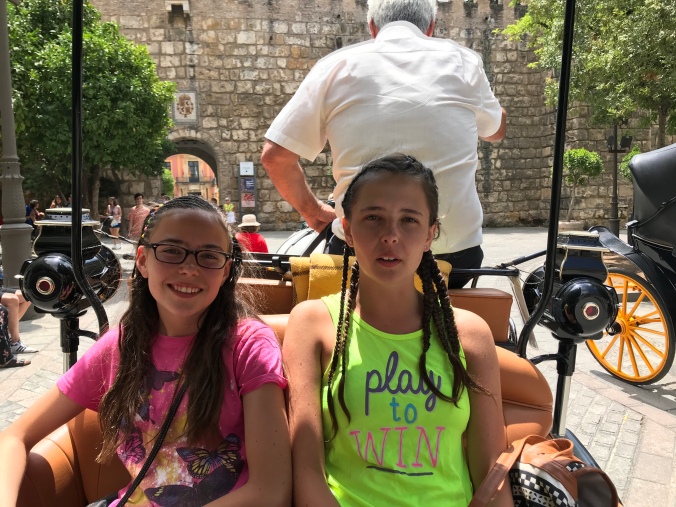 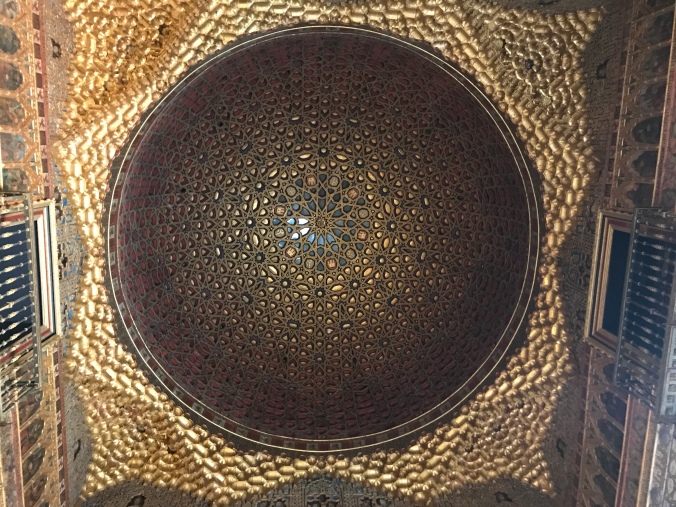 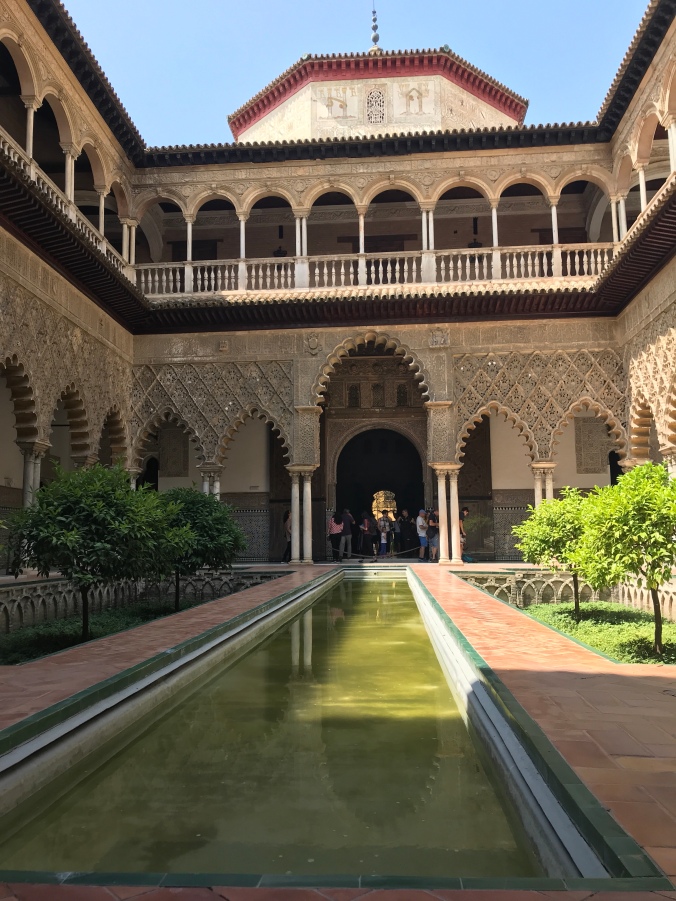